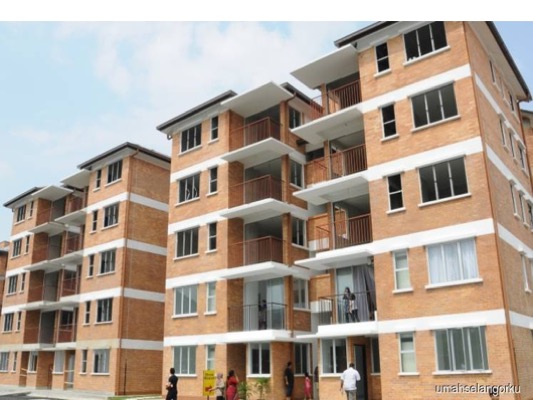 Source: EdgeProp.my / Selangor has identified a few developments with a mismatch between the number of affordable and non-affordable units, and has issued notices to the developers to warn them to take the necessary steps to rectify the non-compliance.

KUALA LUMPUR (Sep 3): The Selangor state government has decided to withhold the necessary approvals for developers who do not meet its affordable housing quota, in a bid to rein in defiant ones who delay the construction of affordable units in their projects.

According to the state government, any developments approved by its local councils, such as the Shah Alam City Council or the Petaling Jaya City Council, are required to prioritise the construction of affordable units. This means such units are to be built in the first phase of the project’s development, or concurrently with other residential units. This is the condition imposed on developers upon the issuance of a development order by the local government.

“Failure to comply could result in punitive action by the respective local government, including the suspension of the development order, building plan approval and also the issuance of the certificate of fitness,” the state government said in an email response to questions from The Edge Financial Daily.

Based on this, it has identified a few developments with a mismatch between the number of affordable and non-affordable units, and has issued notices to the developers to warn them to take the necessary steps to rectify the non-compliance.

“The latest housing policy (Dasar Rumah Selangorku) has been strengthened in order to enhance the approval process of residential developments in Selangor. The Selangor state government is optimistic about reducing the mismatch of supply and demand of affordable housing in the state,” it said.

Asked whether the punitive action was a new measure, the state government said the option has always been available, adding it is an action of “last resort”.

“If the developer is awaiting approval for a new project, we will hold their application until they have settled their [affordable housing] obligations for current property developments,” it said.

Developers say they are in the dark

But when contacted, most property players said they were not aware that the state government is now resorting to such actions.

Siva Shanker, who is CEO, real estate agency at Rahim & Co International Sdn Bhd said it is “peculiar” that developers do not know that the state government can take such an action if it has been an available option all the while.

If the suspension of the necessary approvals result in a developer not being able to meet the date set for delivery of vacant possession — which is usually between 24 months and 36 months from the signing of the sale and purchase agreement — Siva said the developer could suffer from liquidated agreed damages and a late delivery penalty of 10% of the price of the property per annum.

Meanwhile, he pointed out that margins are near non-existent for affordable units, which may make it difficult for some developers to build the required units in the first phase of a development. “It is understandable that the bigger developers would be able to meet the affordable housing quota, but what about the small- to medium-sized developers? What about boutique developers?”

“The state has to be involved in the development of affordable housing units. Developers are capitalists — their purpose is to make money and they cannot make money by selling these affordable and low-cost units. They would be selling at a loss,” Siva said. “The state should provide cheaper land, or better yet, free land to developers for them to build affordable homes.”

However, if the affordable housing quota requirement has been clearly stated in the law, then it is fair for the state government to take the necessary actions against developers who do not comply, he added.

A chief executive officer (CEO) of a listed property company also said he was not aware of the state government’s move to suspend approvals if affordable housing quotas are not met, but shared that most developers are on board with the government’s measures to provide more affordable housing. “Maybe a few developers have failed to meet the quota. The government could be threatening these developers to get them to buck up, but it remains to be seen if they will follow through with it,” he said.

To this developer, the issue is not about meeting the quotas but rather the slowness of the state government in releasing the list of approved applicants for the Rumah Selangorku projects, despite the units having already been completed. This means the affordable units are ready but its intended buyers cannot own it yet due to red tape.

“We hope the government will be more efficient and quick in releasing the list of approved applicants,” the CEO said.