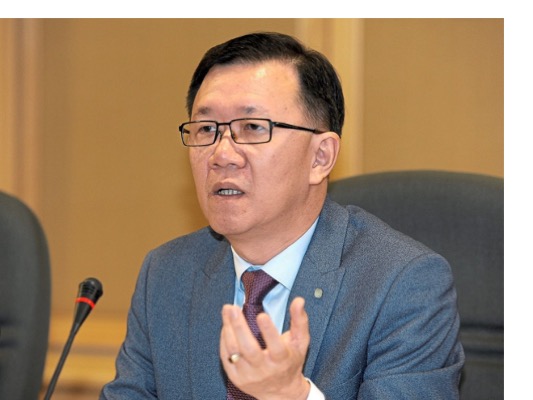 Source: TheStar.com.my / Lee Heng Guie: It is hoped that a release of pent-up demand will be gradually restored going into the late third quarter of 2020.

MOST businesses in Malaysia will undergo a shutdown for another two weeks, on top of the almost one-month movement control order (MCO) that has been in effect since March 18.

The decision to extend the MCO until April 28 was announced by Prime Minister Tan Sri Muhyiddin Yassin yesterday. The bright side, he said, was that more sectors would be allowed to operate during the next two weeks.

The MCO, while intended to “flatten the curve”, has resulted in a significant negative impact to the economy.

Based on a survey by the Federation of Malaysian Manufacturers, a one-month stoppage in operations could reach about RM130bil in losses to the gross domestic product.

The survey also estimated an export loss of RM4.7bil recorded by 453 respondents during the MCO, with 71% of the respondents saying that they could only tolerate at most four weeks of non-operations.

While much has been said about the potential impact of the MCO on the Malaysian economy, concerns are high on what awaits the country after the MCO is lifted eventually.

A major question is how fast the Malaysian economy can stage a pick-up in growth as businesses resume operations.

For now, experts think the economy will recover in the second half of the year.

However, the rebound in growth would likely be gradual as business and consumer sentiment is expected to remain cautious.

The fear factor will continue to dampen private consumption, particularly big-ticket items that are key to spurring economic growth.

An economist says that Malaysia’s economic recovery, post-lifting of the MCO, would be U- shaped.

“After a sharp contraction in the first half of 2020 (1H20), we would likely see gradual normalisation in 2H20.

“Some degree of social distancing will persist even after the MCO, ” he says.

Bank Negara, in formulating its growth projection for Malaysia in 2020, also assumes that some form of social distancing and restricted gatherings will continue post-MCO.

This is because there is a sharp cutback in consumer spending, as indicated in a recent survey by the Statistics Department, he said.

On April 8, the Statistics Department reported that the average monthly household expenditure had fallen 55% from RM6,317 to RM2,813.

“It is hoped that a release of pent-up demand will be gradually restored going into the late third quarter of 2020, as consumer sentiment improves and the coronavirus situation stabilises, ” says Lee.

However, he adds that the first two quarters of 2020 will provide important lead data to gauge the magnitude of output loss and consumer spending cutback during the MCO.

This will also be crucial in gauging how soon a recovery in growth can be seen, post-lifting of the MCO.

To a certain extent, China’s recovery from the Covid-19 pandemic offers some comforting news to Malaysia.

Research firm IHS Markit says that China’s containment measures have been bearing fruit, despite the rapid escalation of Covid-19 cases in mainland China during late January and February.

The number of new virus cases in the country has slowed to very low daily levels during March and early April.

“This has allowed the reopening of increasing numbers of offices and factories across most Chinese provinces since Feb 10.

“Even Hubei province, which was the epicentre of the original Covid-19 epidemic, has seen business activity restarting since early-March, ” it says.

IHS Markit points out that the latest Caixin Purchasing Managers’ Index data indicated that manufacturing conditions across mainland China stabilised in March, despite plummeting in February due to factory shutdowns and travel restrictions.

The survey showed a slight increase in production after the record decline in February, as fewer companies reported factory closures and more manufacturers reportedly restarted work throughout the month.

“That said, the rate of growth in overall output was marginal, reflecting the fact that operating capacity has yet to return to full strength in many sectors, ” it says.

The gradual recovery in Chinese factory production is positive for Malaysia, considering that China is its largest trading partner.

Despite the improvements seen in China, the Covid-19 pandemic remains serious in some other parts of the world. This includes Malaysia’s other key trading partners such as Singapore and the United States.

Being an export-reliant country and its closely-integrated links to global trade, Malaysia is susceptible to the global production slowdown as a result of Covid-19.

The rebound in Malaysia’s economic performance is highly contingent on the global growth recovery.

Even with the lifting of the MCO in Malaysia, prolonged business disruptions in key trading partners would mount pressure on the resumption of Malaysia’s local production activities.

An economist says that sentiment in Malaysia among businesses and households will remain soft even after the MCO is removed.

“We are currently in a crisis like never before. There will be significant improvement in business activities only when new Covid-19 cases reduce sharply globally.

“For our key exporting sectors such as electrical and electronics to do well, the health situation in our important trading markets must also improve, which eventually will drive production activities and the demand for our products, ” he says.